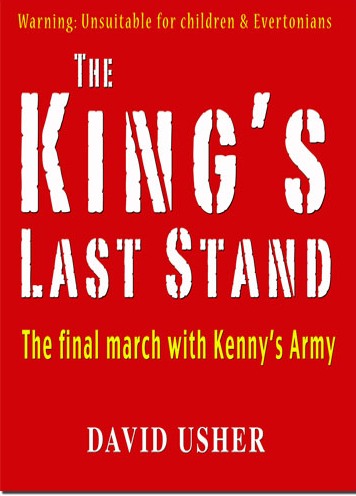 By David Usher - Published by the MPG Books Group

Many books have been written about a single season in a football club’s life. Usually, that is because the season was successful, like Gary Shaw and Mark Platt’s excellent summary of Liverpool FC’s 1946-47 season with “At The End Of A Storm” three years ago. David Usher, however, breaks this pattern. When the author himself describes the 2011-12 season as “an appalling campaign”, you quickly understand that there will be failure as well as success to report on. But Dave is an experienced writer, well known and respected in Merseyside football circles. Those already familiar with his work and writing style will not be disappointed with this publication, the story of the year in the life of a football club, yes, but a turbulent year with many twists and turns. It is a project that Dave decided to see through to its conclusion with his usual meticulous care and attention to detail. God alone knows how many hours of football he had to sit through from August until May. The time he gives to non-Liverpool matches (his weekly round-up of the Premier League scene) proves that his dedication to this project was absolute.

The title of the book is clever but appropriate. Neither the author nor the subject in that title knew that it would all come to an end shortly after the season did. Month-by-month chapters help to give reasons why Kenny Dalglish was not retained as manager. Additional chapters go into great detail about the Suarez/Evra case, from its start during the Anfield League match against United right up to the non-handshake at Old Trafford in the return fixture four months later. A different chapter covers Damien Comolli’s arrival and departure. It becomes clear that the whole Suarez case could have been handled better by the club. Extracts from the Football Association’s report are dissected and eventually ridiculed. It is clear that the player got a bad deal and certainly not the same deal as his accuser. As for Comolli, we learn much about the “Moneyball” statistical concept that led to his appointment and the realisation (because players were bought on his recommendation) that some players will have looked “far better on his spreadsheet than they have done on the pitch”. 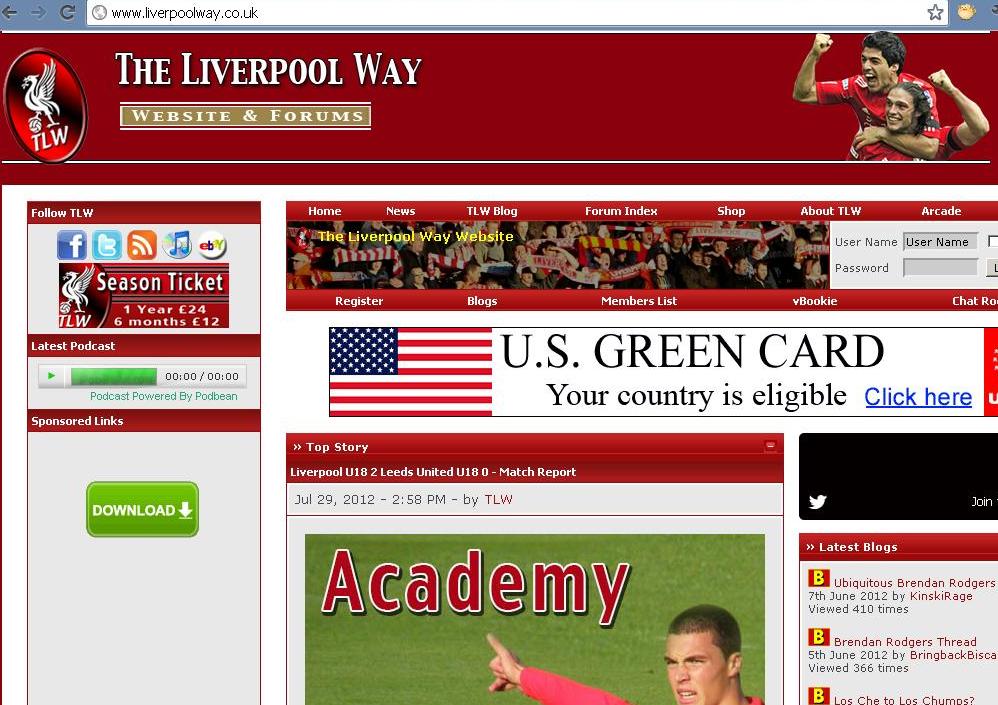 Aficianados of Dave’s “Liverpool Way” fanzine and in particular its regular diary pages will neither be surprised nor disappointed that the acerbic style of writing and cutting wit used in those pages easily transfers to printed book form. If Mister Usher has a problem with a particular player, manager or situation he isn’t slow in bringing that to our attention. They are almost like little sub-plots that start in one chapter and then return with a vengeance in subsequent chapters. Some of these opinions will make you howl with laughter. Only three authors have caused me to laugh out loud while reading their work … travel-writer Bill Bryson, Steven Kelly (editor of the successful but now sadly defunct “Through The Wind And Rain” fanzine) and David Usher. It is a rare gift if an author can affect a reader in that way. Even if he sometimes strays close to or even over the line that divides personal opinion from libel, I like to think that even the players concerned might raise a smile about being thus described : “an IQ lower than his shirt number” (Aston Villa forward Gabriel Agbonlahor), “looks like he should be wielding a big club and hunting Mammoths” (Aston Villa goalkeeper Brad Guzan) and “the football equivalent of a betamax video” and “as useful as a glass cricket bat” (Everton’s Tim Cahill). Particular recipients of the Usher vitriol are Stoke City and its employees Tony Pulis and Jonathan Walters, Alex Ferguson (who easily and inevitably makes The Vitriol List) and the ubiquitous (in that he can’t keep out of the news) Mario Balotelli, who comfortably fits the description “an absolute f****** headcase”. Also making the list in no particular order are BBC commentator John Motson and Chelsea’s captain John Terry. Dave has his favourites too, notably Blackburn Rovers’ Steve Kean and Junior Hoilett until he finally realises and admits that Blackburn’s relegation means he was wrong to big-up Kean’s capabilities for as long as he did.

Away from individuals (players, managers, commentators and match-officials), Dave has a particular aversion to coloured boots, the way Norwich City kept introducing players nobody outside Norfolk had ever heard of before and players having nicknames or first names on the back of their shirts. He even gives us a “Pink Boots Hall Of Shame”. “Nothing screams out ‘not as good as he thinks he is’ like a pair of pink boots” is aimed primarily at Nicklas Bendtner, who also gets the sharp edge of Dave’s tongue in being told that “his tattoos look like they were drawn on him by an 8 year old”.

But this is of course a Liverpool story not a story about coloured boots, etc. Loyal though he is to the football club he follows so avidly and about which he knows so much, that loyalty doesn’t make some of Liverpool’s players immune from criticism too, in particular the most recent additions to the club’s first-team squad: “Carrolll, Downing and Henderson set us back over £70m when their true value is around half that”. He also recognises, as all Liverpool supporters should, when summing up the season that “the poor league showing is in no small part down to certain freak circumstances unlikely to ever be repeated”. He is right. You can’t keep blaming shots that hit the post or crossbar or so many penalties being missed without accepting that the law of averages alone indicates that it can’t occur with such regularity again. You can’t cater for a previously sound goalkeeper not particularly losing form completely but certainly showing signs of fallibility and culpability that weren’t there in previous years. You can’t not criticise a manager, club legend though he might be, from making questionable team-selections and occasionally unfortunate comments.

Kenneth Mathieson Dalglish was a club legend long before he accepted the opportunity to manage the club again after a twenty-year absence; and he will remain one for as long as Liverpool Football Club survives. Was this really his “Last Stand”? Nobody can say for sure, although it appears unlikely that a man now in his seventh decade would ever want to deal with the day-to-day pressure and media intrusion again. For the moment a new king has taken over, even if he has yet to prove that he is worthy of wearing a regal crown.

This is a wonderful summary of a far from ordinary season in LFC’s life. It was a season that promised so much and ultimately perhaps delivered little, even though it was a trophy-winning season. I urge you to take the journey that I did by reading it. You will feel better for so doing.