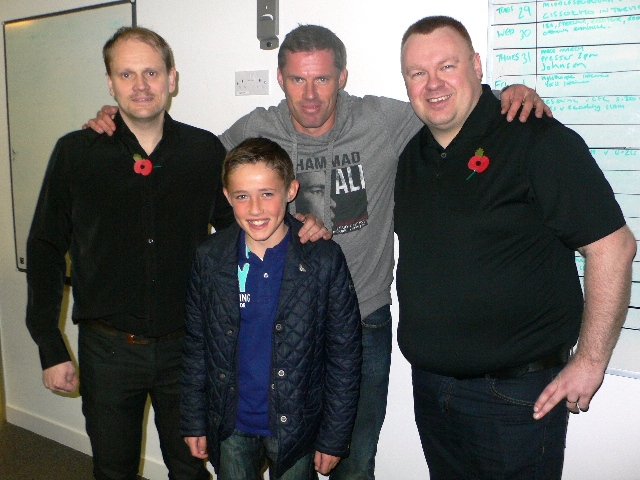 The Liverpool Encyclopedia authors: Arnie on the left and Gudmundur on the right with Carra and his son, James.

Annually, countless books are released professing to be an authority on their specialist subject. But the title for the definitive Liverpool FC book may have finally been decided.

Even those familiar with Arnie Baldursson and Gudmundur Magnusson's previous works, be it 2011's stat-laden tome 'Liverpool - The Complete Record' or the impressive LFChistory.net - an authority on anything Anfield-related - will be blown away by the Icelandic duo's latest offering.

Their attention to detail in 'The Liverpool Encyclopedia' is, quite frankly, remarkable.

From Alan A'Court to Christian Ziege, every player to have donned the famous red shirt is studied in great factual detail, as are the managers that presided over the club's highs and lows. But what makes this stand out above other literary offerings is how far the book delves.

Across almost 650 pages, every imaginable detail of the Liverpool fabric is explored; from shirts, programmes and even fanzines, to virtually every fixture and fitting of Anfield, not to mention countless ditties that have become ingrained in the stadium's folklore.

Anything that has left the slightest impression on the club's 121-year history is covered extensively, including the background to how the rather imaginatively homemade Curlett Cup was paraded by Bill Shankly's charges following their two League Championship wins in the mid 1960s.

Lesser-known nuggets of information, such as how Reuben Bennett, a member of Shankly's original Boot Room dynasty, was working on the club's ground staff at the time of his death in 1989, combined with stats and landmarks destined to be broken at some stage, make this no ordinary reference book.

If there is one book that all Liverpool fans must own, whether in time for Christmas or in the future, this is the ultimate contender.