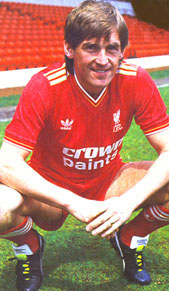 Liverpool fans' prayers were answered today when Liverpool confirmed The Return of KING KENNY to the managerial hotseat.

After Dalglish left his beloved club in 1991 there has been a significant void at Anfield that hopefully he will fill again. In the six years Dalglish was in charge he became the third most successful manager in Liverpool's history by winning the League championship in 1986, 1988 and 1990 and the FA Cup in 1986 and 1989. Only giants Bill Shankly and Bob Paisley were more successful. Dalglish never had the chance to lead the Reds to European success after the Heysel ban but now he will take part in the European League.

Dalglish has the best winning percentage in the managerial history of Liverpool Football Club. He won 187 out of his 307 games and his 60.91% record in all competitions just edges Liverpool's first manager, John McKenna. If only league games are taken into account Dalglish's record is even better compared to his colleagues and leads McKenna by 3%. Much focus was on Roy Hodgson's poor away record in the league (1 win - 2 draws - 7 defeats) so how did Dalglish travel with his team in the league championship? Dalglish has simply by far the best away record having won exactly 50% of his 112 league away games (56 wins - 32 draws - 24 defeats). Benítez has the 2nd best away record, 42,1% and Houllier is third with 41,6%.

Hopefully Dalglish will preserve his fantastic record and convince the new Liverpool owners that he is the right man for the future.

You can compare the overall statistics of Liverpool managers here on LFChistory.net.