An evening with Bob Paisley

Liverpool fan, John Martin, has seen a game or two in his lifetime and got the chance to talk to Bob Paisley at length about his glorious Liverpool career.

One of the many minor disappointments of my life has been the fact that I never kept any sort of diary of the football matches that I have attended in a spectating career that reaches its 60th anniversary in December 2008. A conservative estimate would suggest a figure between 1200 and 1500 games which is a lot of football, most of it following Liverpool FC.

It is impossible for me to imagine how many opinions I have expressed about those games and the players who have taken part in them to anyone who was prepared to listen - and a good few who were not!! - but there have been a select few players and/or officials who have completely escaped my opprobrium. Not many, mind you and certainly less than 10.

I can unhesitatingly say that I have never vented my spleen against Billy Liddell, Kenny Dalglish or Steven Gerrard. Nor did I ever against Ian Rush. Or Jamie Carragher. Or Sami Hyypia. In fact the more that I think about it the more reassured I feel that those of us who have supported Liverpool in the period since the end of World War 2 have been very fortunate in having more heroes and legends than we had any right to expect.

There have been acres of print extolling the virtues of the great Shanks and for many he is undeniably the best ever and I would never argue with anybody who held that view but there is an equally voluble group of supporters who would say that the great Scot's achievements have been overtaken by his reluctant successor, Bob Paisley. 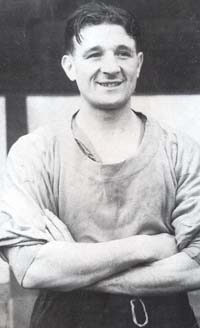 The first time that I can recall hearing about Bob was in my very early days of supporting our club. We had won the League Championship in the first season after the end of the war and I had started to go to Anfield to watch my heroes (from the incredible discomfort of the boys' pen) in 1948.

Although the reality was that the club was in decline following the euphoria of the 1947 triumph my youthful exuberance had me in a mini wonderland as we got to the semi final of the FA Cup in 1950 where we were drawn against none other than Everton. There was never any hope of me getting to the game, which was played at Maine Road (then Manchester City's home ground) and communications were nothing like they are now so it was not until about 5.30pm that we eventually heard that we had won and that, not only had Billy Liddell scored (naturally) but that the first of our two goals had been scored by Bob Paisley. Billy was already my boyhood hero and Bob joined him in my youthful list of super stars on the strength of his goal.

Excitement in the city mounted as the Cup Final approached and the prospect of Liverpool winning the FA Cup for the first time started to look more than a pipedream. I had decided in my impressionable youth that if Bob and Billy could score against Everton then they could do the same at Wembley against Arsenal. But a major shock was in store because in the build up to the great day we learned that our manager, George Kay, had decided to replace Paisley with Bill Jones in the team for the final.

Everybody felt enormous sympathy for Bob and the stoical way in which he took his disappointment endeared him to a whole generation of supporters. We were to lose the final 2-0 and it would be another 15 years before we got back to Wembley to put our name onto the plinth that supported the FA Cup.

He never claimed to be a star but as a steady left half (left sided midfielder in today's parlance) he could be relied upon to put in a reliable performance week in and week out and for the two seasons that followed his Cup Final disappointment he was almost an ever present in the side. He eventually retired at the end of the season that saw the club relegated to the old Division 2.

Little did we know that we were yet to see the best of Bob Paisley.

Bob spent all of his playing years in the old First Division but when he finished his playing career the club offered him the opportunity to stay on the staff as an assistant 'trainer', as it was known in those days. Today he would be known as a 'physio'.

He accepted the offer with gratitude, having spent the last few years of his playing career studying the intricacies of the human body and future years were to show that few, if any, of his contemporaries mastered the art as well as Bob.

In years to come it was said that Bob could diagnose the basis of an injured player's problem from the way the player walked off the pitch - and this from Bob's position in the Directors Box!!

His early years tending the various injuries of, initially, the reserves and then the first eleven were spent whilst the club languished in the old Division Two and when the club's directors eventually saw sense and appointed a certain William Shankly as team manager Bob, together with most of the rest of the backroom staff, felt that his time at Anfield was probably about to come to an end.

Shankly, of course, had different ideas and retained most of the staff who had been with the club for a number of years, including Paisley who he promoted to be his assistant.

What happened next has been well documented. The club went from success to success and Bob proved to be the ideal foil to the extrovert Shankly, quietly getting on with his job whilst Bill hogged the limelight. 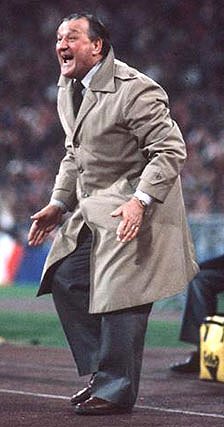 Shankly's sudden retirement in 1974 presented the club with a major dilemma. He had built the club very much in his own mould and the prospect of bringing in a new man with a host of new ideas and his own staff was something that the chairman at the time, John Smith, was anxious to avoid so he announced, a couple of days after Shankly's bombshell, that the new manager would be Bob Paisley.

Frankly, I thought that John Smith had lost his marbles. Paisley would never be able to fill the void left by the great Shanks. He'd never managed a team before, he had no personality and most of us felt that all of the good work of the previous 15 years would be thrown away.

Little did we know!

Not only did Bob carry on the dynasty that had been created by his predecessor, he actually improved on it with stunning triumphs both at home and, particularly, in Europe.

His achievements are far too well known to need any repetition here but I have a personal recollection of Bob that somehow sums up the human side of a true Liverpool legend.

Unlike Shankly, Paisley had interests outside of football and his love of horse racing was well known. But he also loved his cricket which was the game at which I enjoyed most of my own sporting success (at an extremely modest level, might I add).

In my capacity as an official of my cricket club I was invited to the annual dinner of another local club whose chairman was a personal friend of Bob. Imagine my delight when I found out that I was to sit next to the great man for the duration of the evening.

Having introduced myself to him (it was not necessary for him to introduce himself to me!!) I tentatively broached the subject of football and in particular Liverpool FC and to my delight he was only too pleased to join in. Not only that but he showed a genuine interest in my own cricketing career and I spent one of the more memorable evenings of my life in the company of the man who was shortly to mastermind Liverpool's first European Cup victory.

That in itself would have made a lasting impression on me but a month or so later I could hardly believe it when I received a card addressed to me at my cricket club wishing me and the club all the best for the forthcoming season!

When Kenny Dalglish says that he learned more about football from Bob than from anybody else in the game his place in the all time hall of fame is guaranteed.

At my more humble level Bob's place as a true gentleman is also secure.