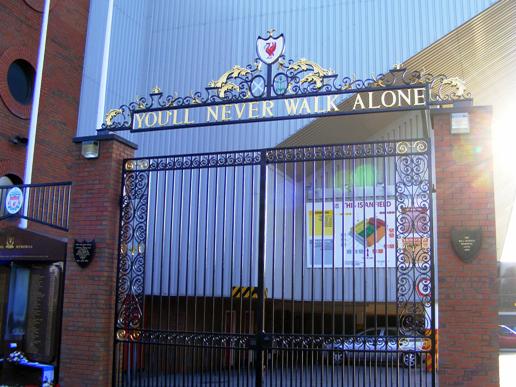 Shankly's widow, Ness, formally unlocked the Shankly Gates on 26th August 1982, 11 months after Shankly's passing. Former Liverpool chairman, John Smith, Graeme Souness and Bob Paisley were among those present at the ceremony. The gates are on the Anfield Road side, next to the Hillsborough memorial. Across the Gates are the words 'You'll Never Walk Alone'. 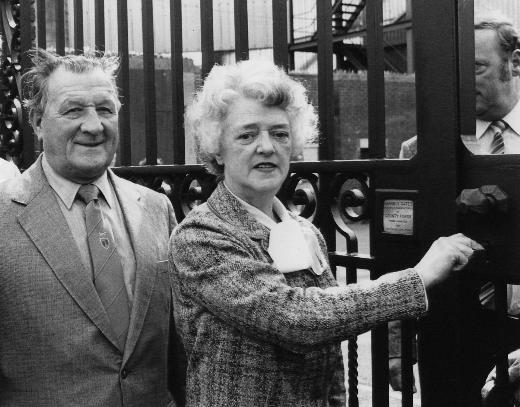 Bob and Shankly's widow, Ness, at the opening of the Shankly Gates

Ten years earlier Horace Yates of the Liverpool Echo had suggested gates at Anfield in honour of their legendary manager. In 1972, new gates were erected at the ground where the main entrance to the car park was. "The gates, I am told, will be very similar to those at the Lord's cricket ground, which have been named the 'W.G. Grace Gates' to commemorate one of the world's most famous cricketers. Surely, here is the spark of an idea for Liverpool. Why not name theirs the 'W. Shankly Gates' to perpetuate the name of the man who pulled Liverpool out of the doldrums and led them to the finest phase of their history? For years Anfield and Shankly have been synonymous."