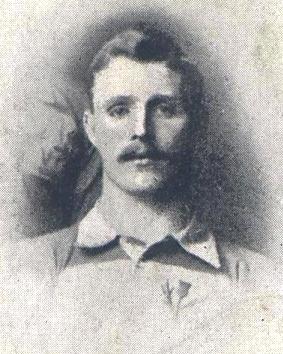 "A man of Raisbeck's proportions, style and carriage would rivet attention anywhere.
He was a picture at five feet nine inches and fully 12 and a half stone;
a fine and beautifully balanced figure." Comment by Liverpool Echo's Bee.

Alexander Galloway Raisbeck was Liverpool's first superstar. He was the captain of the club's championship teams in 1901 and 1906 and was called rightly "Alexander the great". William Lyon wondered "'How many lives has Liverpool skipper? 'Tis a puzzle that's hard to unravel; Each game he plays is the game of his life'." 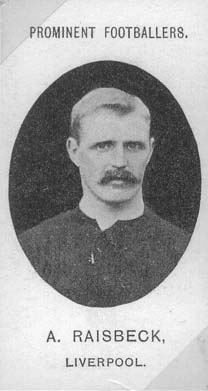 Victor Hall painted a vivid picture in an article in 1924 called: "Alec Raisbeck, who raised Liverpool's prestige" in the Liverpool Echo 15 years after Alexander left Liverpool to go back to his native Scotland.

"What a trier he was! Who that ever saw him play can forget the unmatchable enthusiasm he displayed in the sheer love of the game. He not only put body and dash into individual games he played, but more importantly he helped to create the soul, that inward sacred fire of zeal without which no club can thrive and live.

"Let us recall his characteristics. Tall, lithe, sinuous, and yet gifted with muscular and physical development beyond the ordinary. Active to a degree, speed either on the turn or in flight, and with niche, at the addition of resourcefulness and judgement that would have been all sufficient in a other player, without those added gifts, methodical in training, painstaking in preparation, genial with his players and considerate with his committee. With a perfect blending of the qualities that to make a really great player!

"Raisbeck was wholeheartedly a destroyer of attacks when it came from the opposing wing. We have said that he was speed in turn and on the run. We might amplify this and say, that we have never seen in England, a speedier half-back, who could tackle a speedy forward, turn with him, and overtake and tackle him again. There may be and may have been others so gifted. We have not seen them. His judgement was sound, his valour outstanding and, naturally for a half-back, his control and placing of the ball was equally confident. During his playing career at Anfield, he had to meet forwards whose names and records were outstanding in the history of the game, and yet of one of them could it be said that they were the superior or master of Raisbeck's defensive play. His temperament rarely failed him, no matter how vigorous the play he had to meet.

"To his own club, Liverpool, we have in some little way indicated how faithful and valueable was his service. His directors had every confidence in his judgement, and fearlessly relied on his opinion on all matters relating to the players and the matches of the moment. Early on, in his career he won the confidence, too, of the club's following, and his ultimate selection as captain of the team was a popular one."

Here is a rare film of Raisbeck courtesy of the British Film Institute.
The footage is from Newcastle - Liverpool on 23rd of November 1901 at St James' Park.
Keep an eye out for Raisbeck at 0:46. 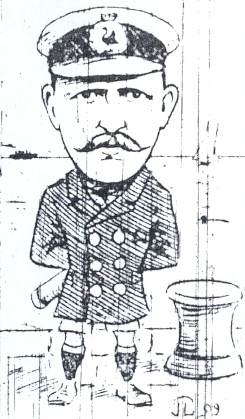 Until Raisbeck wore the red of Liverpool, no individual had been praised to such an extent in the press for his performances on the field and character off it. When Liverpool first won the 1st division title in 1901, Daily Telegraph said: "With only 59 goals, Liverpool have nevertheless broken the First Division scoring dominance of Aston Villa, who finished well down the table with 45. But their real strength has been in defence, with Scottish international centre-half Alec Raisbeck outstanding in the middle."

Three years later Liverpool got relegated, but got promoted right away and the reason for Liverpool's great comeback was attributed to that man in the centre of defence: "Ten years have passed since the Liverpool Club fought its way into First League circles, and during this period, Alec Raisbeck has commanded his forces with wisdom and energy. A player of amazing vitality and strong personality, he has won many games by his individual efforts. His early training was among Scottish cracks, and the highest honours have been his. It is very largely down to his individual efforts that the Liverpool team has returned to the First Division." 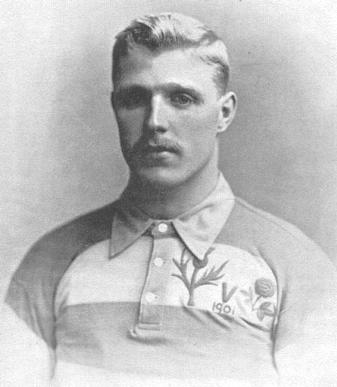 Alex' recreations were billiards and bowls, where "he was above the average skill."

Alex was not only captain of Liverpool, but also of Scotland. He made his international debut as Scotland's captain vs. England on 7th of April 1900. He was only 21 years of age. Scotland wore Lord Rosebery's racing colours of pink and primrose. A total of 63,000 people saw the game at Celtic Park which was a world record attendance for an official International. Scotland won the British Home Championship for the 8th time outright by beating England 4-1 on the night.

He served as captain in four more matches. His internationals were only played vs. England and Wales as there was no plethora of games played all over the world as now. His eighth and last international was on 6th of April 1907, a 1-1 draw vs England. England goalkeeper, James Ashcroft of Woolwich Arsenal, was mesmerised by Raisbeck's talents after a Scots' 2-1 victory over England: "I never saw such play. I could not keep my eyes off him."

Alex did in fact play nine internationals. His third international on 5th April 1902 became known as the "Ibrox Disaster Match". Latecomers made a dash from the packed east terrace to the new built west tribune when a big gap 70ft x 14ft wide appeared. People fell through to the ground below. 25 died and 600 were injured. Incredibly enough play was resumed after a twenty minute break at this gruesome scene. The game was later declared void so this match doesn't contribute to Alex' caps total.

Victor Hall was impressed by his international career:

"Resolute to a degree in his methods he rarely engendered personalities among opponents, and proof of this popularity came whenever his selection was announced for international matches. No name was more popular in either Scotland or England than that of the fair-headed Anfield centre-half, when selections came to be announced. Chosen by the Scottish selectors to play for his country in 1900, he was never out of the international team for seven years (until 1907), surely an extraordinary long period for a player to hold his place, especially in a Scottish team, where the game had its cradle, and with young skillful players being produced in abundance each year. In the Inter-league match he also figured as late as 1911, but that retention be his native country as the leading centre half for so long a period indicates how he stood out, head and shoulders among his contemporaries for a long period." 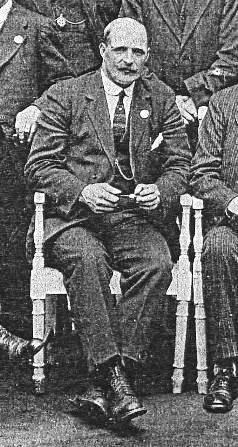 Victor Hall reflects how respected and loved Raisbeck was among the Liverpool crowd:

"When the time eventually arrived to sever his connection with the Anfield club, Raisbeck carried with him many mementoes of happy associations, and the warm regards and esteem of a wide circle of friends who had watched his career develop with real pride and genuine appreciation.

"He left the club admittedly one of the most brilliant and the most successful clubs in the English League, with every honour won that the game had to bestow. It is no far flight of fancy to suggest that the individual merit of that "one man" had more than a little to do with this progress when we measure the capacity and centre half of Liverpool."

Copyright - Arnie at LFChistory.net ([email protected]) - based on an article by Victor Hall in the Liverpool Echo in the 1920s