Neil Mellor - Evidently he loves it 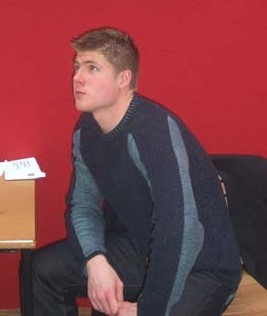 Neil Mellor interviewed by lfchistory.net (the interview took place before it was decided to loan him out to West Ham.)

I absolutely loved the Academy. It was a great experience, great coaches, Steve Heighway, Dave Shannon and Hughie McAuley down there. McAuley followed me down to Melwood, being the reserve team coach now. I was 16 when I went to the Academy and they signed me on a three year scholarship. I have progressed as well as a person as a footballer since arriving here. The key is to improve your skills and try to become a good person. Even though you don’t make it as a footballer you want to become a decent person. They put as much emphasis on education as well as footballing skills.

It’s a big step from the Academy to Melwood because suddenly you’re training with players with international experience. It takes a while to adjust to, but you can learn a lot from them. There’s a lot more at stake in the first team than at the Academy. You certainly realise that when you’re training. Everything has got to be perfect. You learn different things from different players. When you train with people like Michael Owen you learn a lot. I still might not realise it, but in games you see it. I’ve still got so much to learn, but it’s a progress. I need to work a bit more on parts of my game before I can be a regular with the first team.

My debut was a special moment. My first game was in the Worthington Cup against Ipswich Town. I hit the post and won a penalty for us, it would have been nice to score. Every time I have played for the first team I have loved it and the fans have loved it. They have been special towards me. My first goal was quite far out for me. What 6 yards? It was in front of the Liverpool fans, in the semi-final of the cup, great moment, loved it….

With football, you have to rest between and prepare yourself for the next training session. You get a fair amount of spare time, but usually I just like resting. In the summer you get to enjoy different things, holidays, snooker and like that, but during the season it’s intense football.

I like a variety of music. I love dance music, a bit of R&B, I like the classics, Lady in Red by Chris De Burgh, always a favourite of mine. The players went for a meal around Christmas and he performed that song live for us, absolutely loved it..