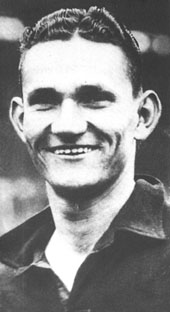 Berry Nieuwenhuys was a modest man who didn’t talk much about himself. As a child I spent a couple of holidays with him and my aunt, Marjorie Richards, who he married in 1964, at the Ohenimuri Country Club near Vereeniging, where he was the club professional. Although I knew he’d once been a pro footballer I had no idea of just how good he’d been or how far his talent had taken him.

I pay homage to the multi-talented Berry Nieuwenhuys...

Imagine this. You’re a youngster playing a minor club game of football in Boksburg when a man dashes onto the field during a lull in play and asks if you’d like to play for Liverpool. You wonder if he’s for real, but, of course, accept. A few weeks later, on the other side of the world, you play your first of 260 games for the prestigious English club you will one day captain. It sounds like something out of Boys Own magazine or the Beano annual, but that’s just what happened to Berry Nieuwenhuys in 1933, and the South African went on to fame and – well, fame was enough, in those balmy pre-Best, Beckham and Rooney days.

Berry was born on 5 November 1911 in Kroonstad in the Free State, and after completing his schooling at Bethlehem went to work on the mines in the Transvaal. A keen and natural sportsman, his first love was rugby, but he soon switched to the round ball game and played for Germiston Callies. Eight years earlier another young South African player, Arthur Riley, had gone across to England to keep goal for Liverpool Football Club. His English-born father still lived in South Africa, where he keenly followed the sport. Having been impressed by Nieuwenhuys and another player, Lance Carr, he contacted management at Liverpool and told them that he’d found a couple of “likely lads” in South Africa. The Brits told him to go ahead and hire them.

That was the way people did business in those days – no agents, no contracts, no fat commissions; just a shake of the hand. The two eager young players arrived in England on September 11, 1933 and were met on the quayside by Walter Cartwright and George Patterson, Liverpool Football Club’s chairman and secretary/manager respectively. After one warm-up game in a junior side Berry was named for the senior side to play against Tottenham Hotspur at White Hart Lane on 23 September. The Evening Express headlines of Sept 25 told it all. “A gem from South Africa” they trumpeted. “Nivvy’s triumph in first big match for Liverpool. Home defeat for Spurs after 2 years”. The South African had battled with a wet ball and unfamiliar slippery grass in the first half, but in the second gained confidence and set up two brilliant goals for his new club.

Over the next 14 years the press had plenty more to shout about. Nivvy – the Brits had trouble with his full name and immediately shortened it to something more handy – played 260 games for Liverpool, and was one of their most prolific goalscorers, with a final tally of 79 balls in the back of the net.

“Nivvy the match winner”. “New Liverpool wing produced the sparkle”. “Nieuwenhuys scores four goals for Liverpool.” “Nivvy gives the Arsenal nerves.” “Nieuwenhuys highest scoring winger in First Division.” “Shoot! Noowenhoos!” “Nivvy saved game.” Nieuwenhuys had made it into the big time, but Carr was not as fortunate. He was never a regular Liverpool player, and transferred out of the club after a few games. 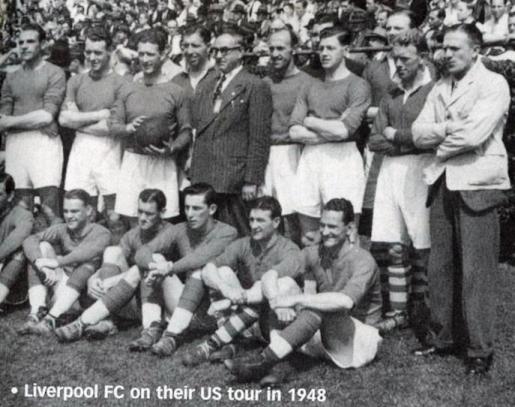 Liverpool on US tour in 1948. Nieuwenhuys sitting right next to Bob Paisley.


By the time World War II intervened, Liverpool fans on the Kop at Anfield were convinced that their favourite should play for England, and numerous soccer writers declared the fleet-footed player to be the best winger in the land. Not only was Nivvy a brilliant right wing, but he could fit into any position without effort, being one of only two players ever to be selected to play in nine different positions in top-level football. The two positions he never filled – left wing and goalkeeper – he was quietly confident would not pose a problem if the need arose. But it was not to be. The rules stated that for a player from the Commonwealth to represent England his father had to have been born in the UK, and this was not the case with Nivvy. The debate was, however, shortened by the unwelcome arrival of Hitler in Poland in September 1939.

During the war years Nivvy served as a PT instructor with the Royal Air Force, but still managed to play soccer. Footballers usually represented the clubs nearest the camps where they were based, and Nivvy played for West Ham United, Arsenal and Aston Villa. He also captained the RAF.

When hostilities ceased in 1945 Nivvy became the first English pro to be signed up by a top-level club – Liverpool, yet again. In 1946/47 he captained the side, which topped the English First Division that season for the first time since he’d arrived over 12 years before.

One thing that didn’t come with the fame was the obscene wealth associated with modern football. In 1946 Nivvy and his teammates travelled to the USA to promote the game in that country. They played 10 games and won all 10, with seventy goals for and just 10 against, in front of a total of 110 000 paying American spectators. The players’ earnings? Just £6 per game and a £2 bonus for each match they won – a gross earning of £80 per player for the trip.

A couple of years earlier, after Nivvy had given Liverpool five years’ staunch service, the club rewarded him with a benefit match against Everton from which he received the princely sum of £658. During the war things were even less rewarding – players were paid with sweets and cigarettes. Nivvy, a lifelong teetotaller and non-smoker, used to hang onto his sweets and swap his cigarettes for even more delicacies.

Nivvy was also a very talented tennis player – King Gustav VI of Sweden once sent an aircraft to the UK to fetch the South African for a knock-up on the royal courts – and a keen golfer who achieved scratch status after just three months’ coaching. In 1946 he entered the British Open after hurrying back from the Liverpool tour of the USA, and missed the cut by just two strokes. That same year he played in the Irish Open, figuring amongst the money winners, and during the last years of his football career he doubled as assistant coach at the West Derby Golf Club. Nivvy later became assistant coach to golfer Bobby Locke in South Africa.

Nivvy married hairdresser Ruby Fairclough from Liverpool around 1940. As hostilities reigned in Europe Nivvy and his wife suffered a tragic loss when their daughter Ann died from pneumonia aged only 2. They had a second daughter, Carole Jean, born 25th December 1944. Ruby and Berry separated in 1947 and as he retired from football in 1948 he returned to Johannesburg in South Africa. Carole stayed back in Liverpool but moved to South Africa aged 20. She lived there with Nivvy's former teammate, Dirk Kemp and his family. After Carol had stayed two months there she finally travelled to Johannesburg to meet up with her father for the first time as an adult. Carol was a professional dancer and toured with shows but they met regularly. Carol left South Africa in 1970 but continued to write to her father up until his death.

Berry moved for a spell to Rhodesia, where he married Marjorie Richards in 1964. He then returned to Johannesburg to work as a golf pro while coaching various premier league soccer teams, including Southern Suburbs and his old club, Germiston Callies. During this period he also scouted for talent for English teams. Berry finally retired from active sport in the mid-1970s. In his final years he suffered from senile dementia, and he died in Grahamstown in 1984, largely ignored by the press that once adored him. 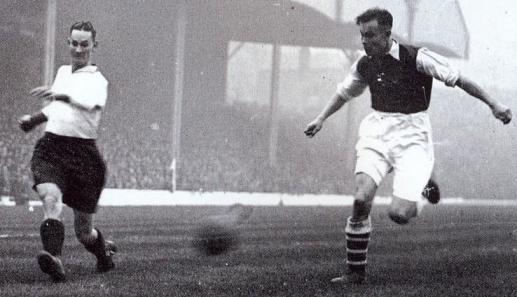 One famous South African sportsman who still remembers Berry Niewenhuys well is Cyril Mitchley - soccer pro, provincial cricket player, test and one-day-international cricket umpire and Gladiator referee. “I played for Marist Brothers in the last amateur Cup Final in South Africa in 1958,” he reminisces. “I scored two goals, and straight after the match Berry phoned to offer me a chance to play in the UK - he scouted for a number of English teams at the time. For some reason or other - I think it was because I liked their colours - I chose Sheffield United, and I went across to play for them till the end of the year. Then, in 1959, when football became semi-pro back home I decided to return to South Africa.”

Gavin Foster: In late 2003, while on holiday in Port Elizabeth, I asked my aunt Marjorie if I could browse through his scrapbook – a tatty A4 volume filled with yellowed newspaper cuttings, crudely titled “Scrap Book – Berry Nieuwenhuys – Liverpool Football Club – 1933 to 1946-7” in thick black letters. That, and subsequent trawling through the Liverpool Football Club’s website brought home to me how close I’d been to an icon, without knowing it.

Copyright - based on information from Gavin Foster and Carole Richards (nee Nieuwenhuys).