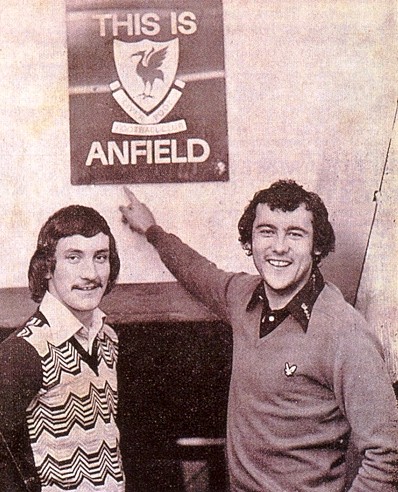 Phil Thompson explains in his autobiography how Terry Mac's arrival at Liverpool came about.

I was in my hospital bed when Bob Paisley phoned me. He said: 'The boy McDermott. I’m reading in the press that he is not happy at Newcastle. Do you know him?' I said: 'Not really. He’s a Kirkby lad, but he’s a bit older than me. I only got to meet him in the Cup final where we swapped shirts.'

Bob said: 'I fancy him as a Liverpool player. Can you get in touch with him?' I said: 'There is no phone for Macca, but I can write.'

I sent Terry a letter from my hospital bed and said I understood he was not happy and that Bob Paisley had been talking about him. I explained that Bob felt he had all the attributes to be a Liverpool player, adding: "If you know what I mean."

I tried to word it as carefully as I could and soon got a letter back saying: "If you are trying to say would I be interested in Liverpool, it would be my dream."

I spoke to Bob who said: 'Write and tell him not to do anything daft.' (which was hard for Terry Mac!). Another letter went off and while Terry might have to decipher it, the message was clear.

A little bit of time passed and I got another letter from Terry, which said: "What’s happening?" It was like James Bond with all of these cryptic messages changing hands. I told Bob and soon after it was in the papers that Liverpool were interested in Terry McDermott. After a little while longer and a few more “love letters” to each other, he was to come to Anfield where we became firm friends and roomates for many years." - Quote from "Stand up Pinocchio" - Copyright - Phil Thompson and Ken Rogers.

If you were a betting man or woman it would have paid handsomely to have a flutter at the bookies on Terry Mac becoming an England international but now you can do it from the comfort of your home by using one of the best betting apps on offer. Terry Mac played 25 times for England from 1977 to 1982 and became a Liverpool legend.