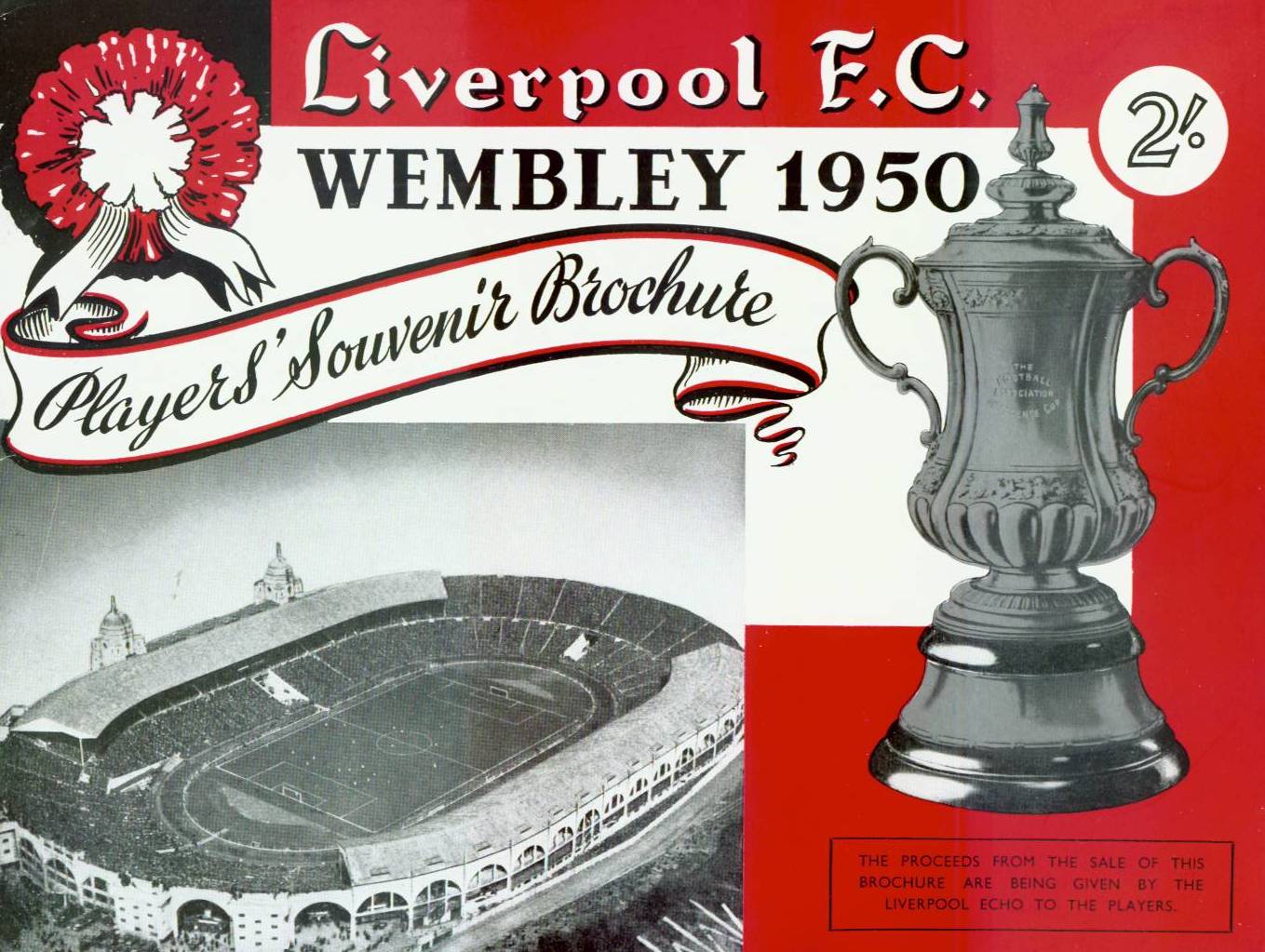 "Believe it or not the most thrilling experience of my life has nothing to do with football! It was the unforgettable sight of Vesuvius in eruption while stationed near Naples during the war. The most pleasurable experience is a football one, and came when I won an Amateur Cup Final with Bishop Auckland in 1939. Though I hope to have a few more seasons still in senior football, I am studying to be a physiotherapist and masseur when my playing days are over. We married men have to look to the future, you know. Cricket and golf are my summer games, and "thrillers" my favourite reading matter."

"As a youngster I had four ambitions. They were to get an amateur international cap, a senior cap, a championship medal, and a Cup winners’ medal. I have been fortunate enough to achieve the first three. What about the fourth? I’m keeping my fingers crossed. At one time I had inclinations towards being a professional cricketer, but Wolverhampton turned my thoughts to football. Cricket, however, is still my chief hobby, with gardening running it a close second."

"As the captain of the Liverpool Schoolboy side which won the English shield in 1936-37, I had youthful longings to make football my living, though I hardly dared hope ever to appear in Liverpool’s first team. Still less did I visualise the day would come when I would tour America with the Anfield club. One of the outstanding memories of my football life was the sight from the Queen Mary as we sailed into New York harbour for the first American tour in 1946. That was something never to be forgotten."

"I have a confession to make. My ambition as a schoolboy was that one day I might be good enough to play for Everton! Please don’t hold it against me. I was very young at the time. Seriously it would have been nearly as big an honour to play for Everton as for Liverpool, but I’m glad now that the fates decreed that I should land at Anfield. Liverpool is a grand club, and our players are the finest lot of chaps you could meet anywhere. Nothing so far has given me greater thrill that when I first appeared in the senior side early last season, and to have been a member of the team which went nineteen games without defeat this campaign is an honour I shall remember all my days."

"It’s a remarkable thing how so many Anfield players had youthful ambitions to become professional cricketers. Yes, you’ve guessed it! So had I, though I’m afraid I should never have made the grade. But I wouldn’t change my present status for a country cricket cap."

"It’s funny how one’s early ambitions seldom pan out. As a boy I craved to be a famous opera singer. Just between you and me, I would still like to be one. Realising that’s impossible, however, I’ve substituted a more prosaic aim, and when I finally hang up my football boots I hope to qualify as a masseur. I have already passed examinations as a football coach, and find the work among schoolboys most interesting. My hobbies are golf, swimming, photography, and gardening, and lending my wife a hand in the upbringing of our 18-months-old son, Gary."

"As a schoolboy footballer, my one ambition was to assist Bristol Rovers. The possibility of one day playing for such a club as Liverpool and getting a First Division championship medal never entered my head. Certainly a possible Wembley appearance was beyond my wildest dreams. Had my football career not turned out succesful, my next ambition was to be a county cricketer.

For five years as a schoolboy I used to play Rugby every Saturday morning and Soccer each afternoon, and all I could think of was that one day I might be good enough to play for Glasgow Rangers. Instead, Liverpool brought me south, and I’ve never regretted the day. I reckon the greatest honour to come my way was to be chosen for Great Britain against the Rest of Europe in 1947, and my most thrilling memory was the first goal I scored for Scotland, in my first international against England at Hampden Park in 1942. When my football days are ended I hope to devote my spare time to organising sports activities for youths."

I have been with Liverpool since joining the ground staff at fourteen. They have been very happy years. I would not change them for anything. Being a bachelor, I haven't much to worry about except when I come up against Stanley Matthews. Then, if you’re a full-back, you get plenty to worry about. I know from experience! Cricket and golf are my close season games, and I prefer biographies to any other form of reading matter. Had I not been a professional footballer, I think I should have chosen to make a living as an electrician.

Had Liverpool not "rescued" me from the obscurity of a minor Derbyshire club, I should probably have tried to earn a living at cricket or golf. My leaning was towards the latter, and golf is still my main hobby. I plead guilty to being one of the most superstitious fellows in our side. I always avoid being third behind the skipper on leaving the dressing room. Why? I haven't the faintest idea.

"Towards the end of a long career memories crowd thick and fast on one. That which remains most fresh in my mind was when I had the good fortune, thanks to the unselfishness of my team-mates, to score three successive hat-tricks in 1946-47. Another memorable experience was my first trip to America with Liverpool. The Anfield club will always command a warm spot in my heart."

"As one of the few single men in the team, maybe I have more spare time than my married colleagues. My hobbies are tennis, golf and swimming, with stamp collecting an additional side-line."

"It’s funny to see how one’s early ambitions seldom pan out. As a boy I craved to be a famous opera singer. Just between you and me, I would still like to be one. Realising that’s impossible, however, I’ve substituted a more prosaic aim, and when I finally hang up my football boots I hope qualify as a masseur. I have already passed examinations as a football coach, and find the work among schoolboys most interesting."

"When I signed for Liverpool four seasons ago I had momentary qualms about leaving Newcastle, where I had been very happy. I need not have worried. My association with the Anfield Club has brought me some of my finest memories of my career. Probably the most enduring, next to playing in the semi-final against Everton, was the game against Wolverhampton at Molineux in 1946-47. It was the last match of the season, and our victory ensured that the Championship came to Anfield."

When I played in the first Cup final ever staged at Wembley, as captain of West Ham United, we did not win the trophy, but I am hoping that my second visit there, as manager of Liverpool will see us succesful. We have a splendid lot of players, grand sportsmen every one of them. No manager ever had charge of a happier team.