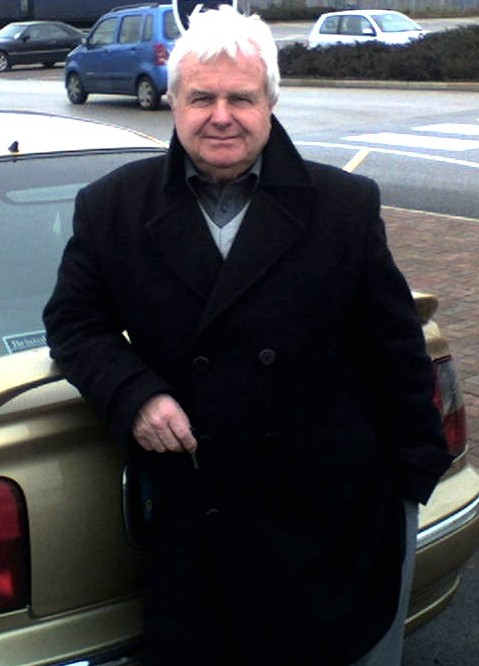 Alan A’Court gave loyal service to Liverpool Football Club from his 18th birthday, when he signed his first professional contract and throughout the twelve years that followed. 381 games and 63 goals are impressive figures that currently place him as number 27 on the list of those who have made most appearances for Liverpool. Joining the ageing side of the early 1950’s Alan endured the despair of relegation and the eight years that followed in the second division, before playing an integral part in Shankly’s side that gained promotion.

40 years on from his “last pass”, Alan speaks exclusively to lfchistory.net

Growing up in Liverpool in the years after the war, was it the dream of many young men to wear the red shirt?

Yeah it was a dream, but life seems to just happen for you. I was at Prescot Grammar school, ten miles from Liverpool, and my wife and friends had traveled seven miles the other way towards Widnes. And in those days the schools tended to play the same game that the town team played so I was playing football. Had I gone to Widnes, I would have ended up playing rugby.

How did the scouting system work in those days? Was it difficult to get your talent spotted?

I played for my school team, I then got picked to play for the Merseyside grammar schools, and then picked for my county, Lancashire, and then I went down to Oxford for schools week, playing for England grammar schools against top pro amateur sides. I played against Pegasus and there were scouts watching those games who would say, “look at that left winger” and it went from there. I had a choice between Liverpool, Everton, Wolverhampton and Bolton Wanderers.

I was a village lad, family orientated. I liked the fact that I wasn’t too far away from home and I had no car at that time. I had been to Bolton for a trial, but I fancied the atmosphere more at Liverpool. They called Everton the school of science because at their ground you would look down on the pitch and the formation of the players, whereas at Liverpool you were close to the players and the pitch.

What kind of bond was there between supporters and players?

It was very good, sadly the war years had intervened with a lot of the playing careers, so the Liverpool team was growing old in the early 1950’s and it was a transition period for the club. I played with the team that went down and the team that came back up again, but it took us eight years!

How difficult was it joining an ageing side in decline?

It was frustrating, you were playing Arsenal and United then the following year, after relegation you were going to Grimsby and Lincoln. No disrespect to those sides but they saw Liverpool as a big catch.

You also have the rather dubious claim to fame of being part of the side that recorded the heaviest loss in Liverpool’s history, a 9-1 defeat to Birmingham?

You bloody journalists! (Shakes his head and laughs), You always ask me about that, you never mention the 45 yarder I scored against Derby, or the time we beat Fulham 7-0 with Johnny Haynes and all. We went to Birmingham, had a pre match meal of boiled potatoes, chicken and rice pudding. It was the middle of winter, the pitch was frozen, it was hard underneath and wet on top. In those days, there were no rubber boots, so they came out with plimsolls on. (pauses) They were five up in a quarter of an hour. We could not keep our feet! We lost another four in the second half and Billy Liddell’s one goal was the best of the ten!

Can you remember Billy Liddells’ strike that day?

Oh yeah, he was a very well balanced player, how he kept his balance I don’t know, he was playing centre forward, which is another reason I was able to get in the team, because he was switched from the left wing where he was scoring six goals a season, to up front where he was getting 20-30 goals every year. It was Liddellpool in those days, and while he was doing that, I was getting more experience on the wing.

(Back to the game) So he cut through the middle and lambasted it right into the top corner of the net past the English goalkeeper Gill Merrick. 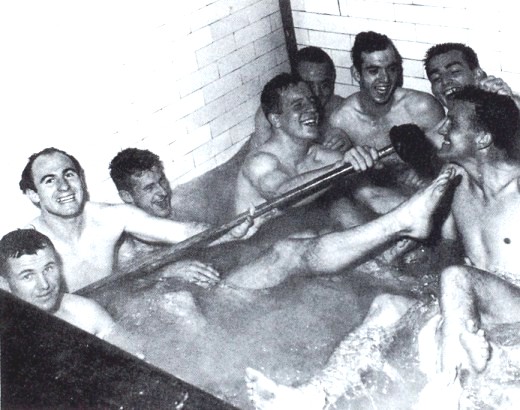 Did the lack of ambition at board level permeate through to the players?

The board wouldn’t give the manager any money to spend, but we were always 3rd or 4th, there or there abouts, but not quite capable of making the extra step. One Easter we played Doncaster home and away (because that’s how the fixtures were scheduled) and lost both times. It was little things like that, that were making the difference between gaining promotion and not. We felt that although we were getting 45,000-50,000 fans every week, where was that money going? It certainly wasn’t being spent on transfers!

The players were also rewarded for attendance figures?

Do you think that was a better system for paying players?

Well in a way it was, but it wasn’t about the money in those days, but it was a nice way for the club to reward you with that little bit extra. It was like dangling the carrot in front of you, because the more games you won, the more supporters would show up, the more you would get paid.

The peak years of your career where spent in Division Two, you showed an incredible amount of loyalty to the club throughout that period, when there was reported interest from top clubs such as Arsenal.

I played just under 400 games for the club, and I was happy at Liverpool. Arsenal were interested, and offered £12,000. I didn’t want to move house, I was happy at home and I had good mates in Liverpool. When we got relegated young England were playing old England, I was playing for England under 23’s. Because we were in the second division, people would watch and ask, “who is that young lad A’Court on the left wing”, and that’s how the transfer interest started. I thought we’d get promotion next season, but we never did.

Do you regret not taking the move?

In some ways I do, some of my family had pursued their careers to London and often say “you should have come to London when you had the chance”. I am what I am and you do what you do.

Do you think the loyalty you showed in the 1950’s would be shown by players in the modern game?

No, not now. Really, there is no loyalty now. I’ll be in the top 30 for appearances at Liverpool and players like Carragher and Gerrard fair enough, but few of these foreigners will stay there long enough. You’ve got to hand in to them, two local boys and two great players.

Do you wish you were playing today with the wages on offer?

Out of football, I got all my memories and a house without a mortgage. But no, my answer to that is a bit cynical, I could have been born in 1924 and had to go to Dunkirk and been killed, so you live the life you live. (smiles) I’m being philosophical now.